Initial Impressions: Views of The Landscape 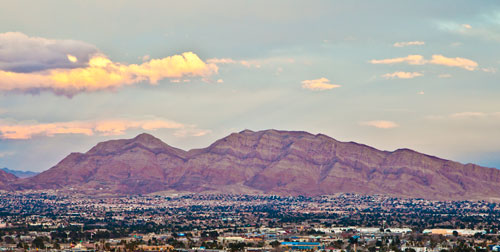 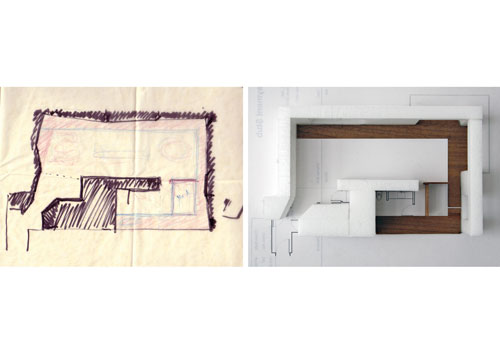 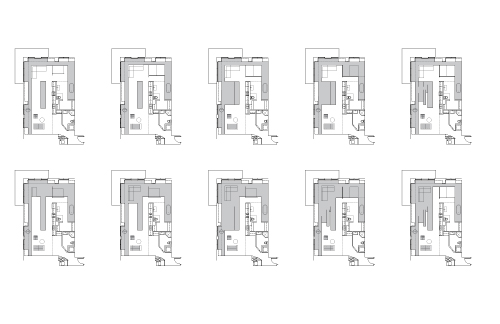 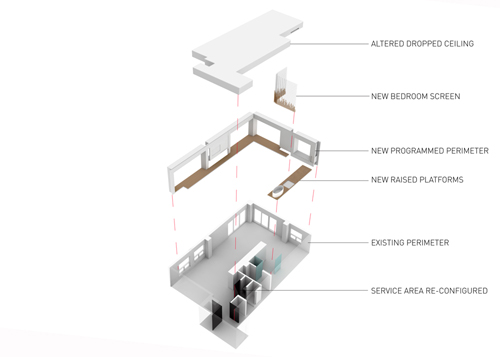 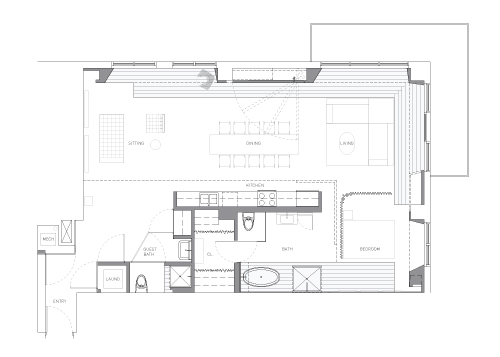 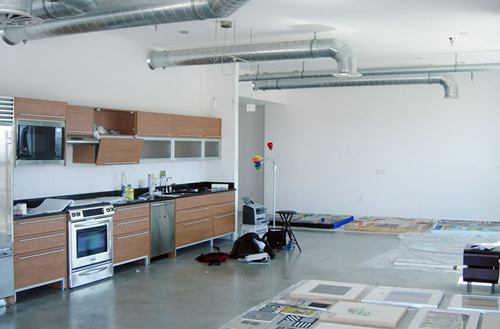 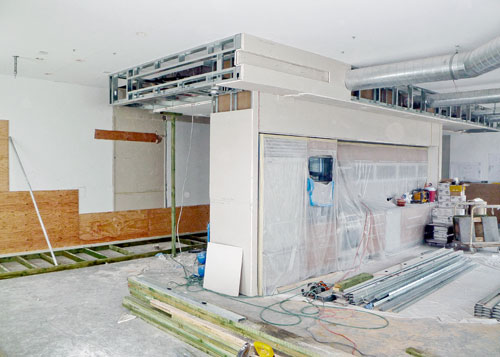 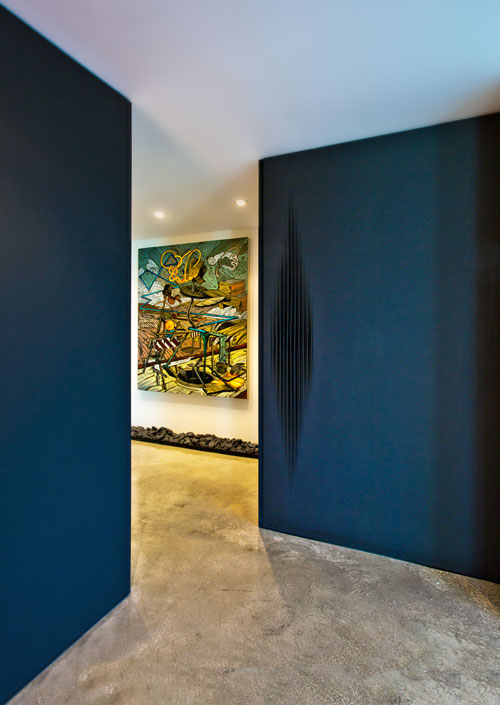 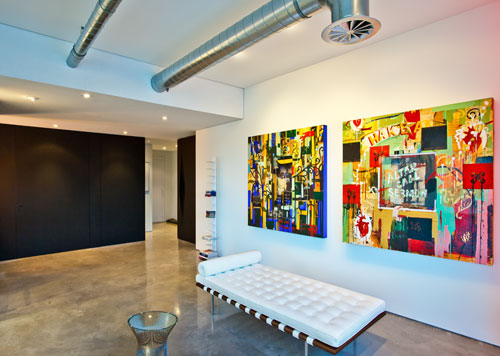 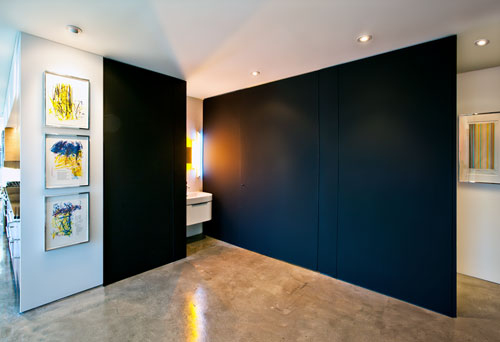 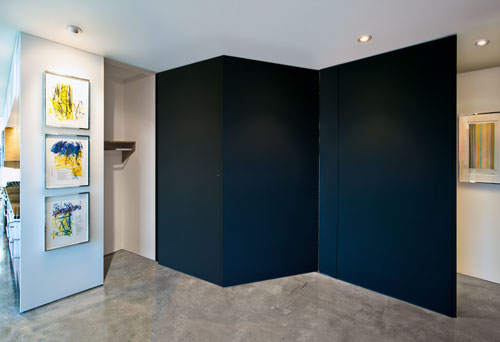 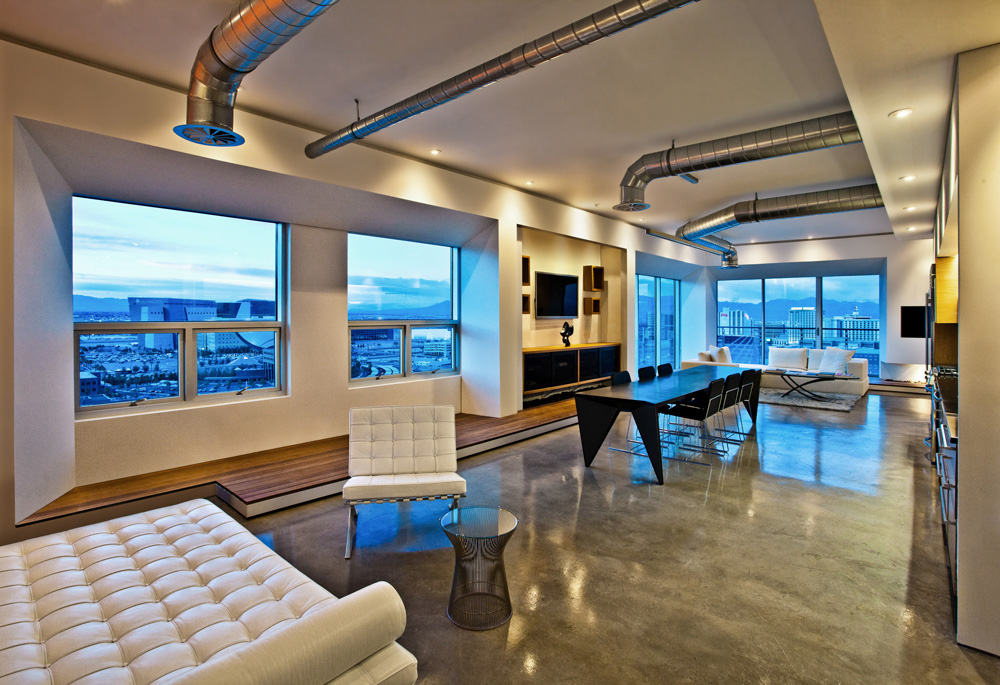 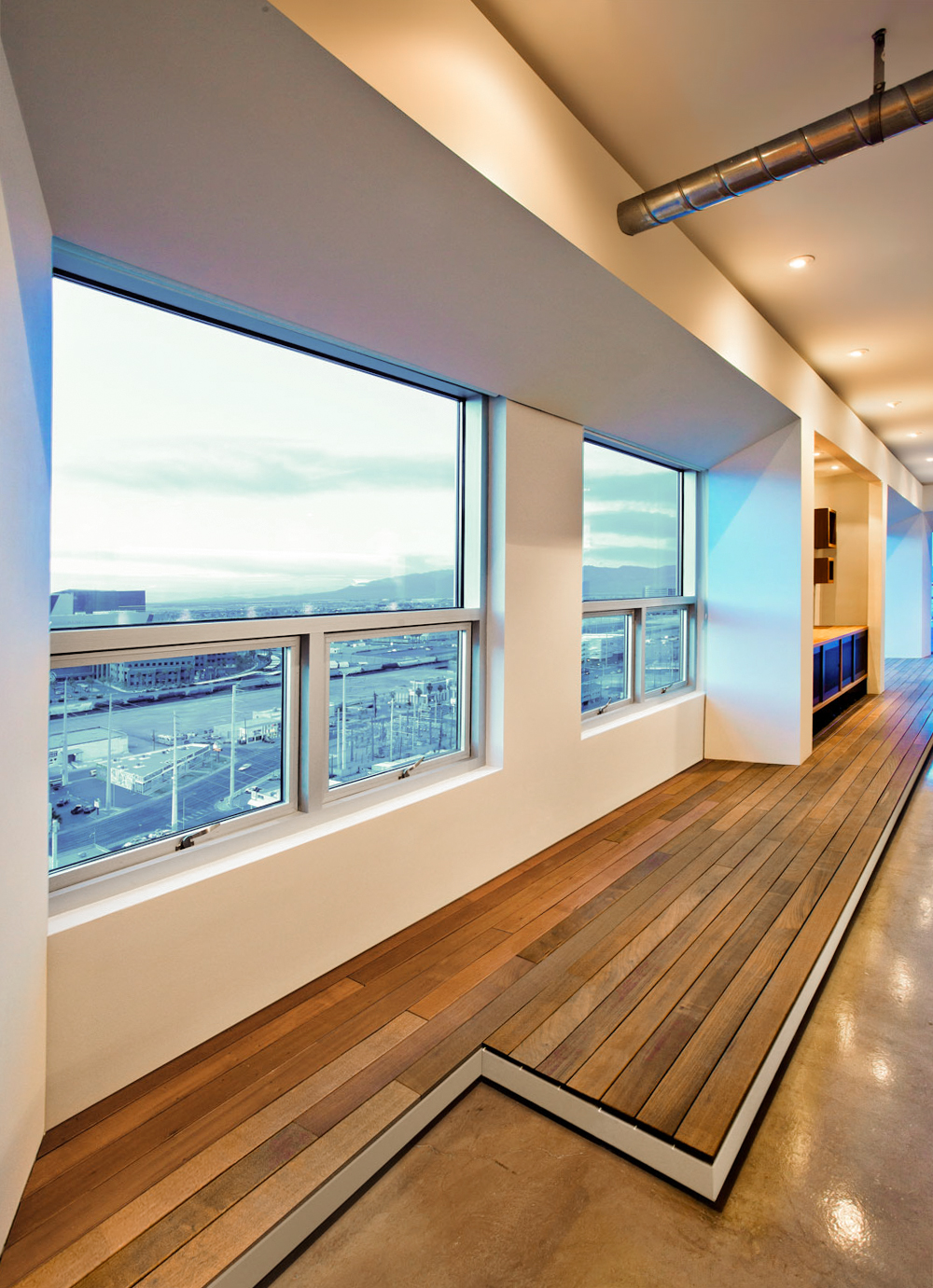 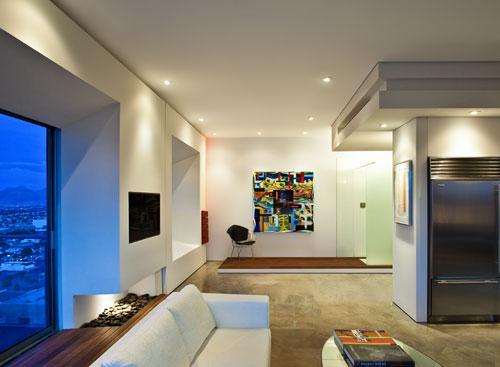 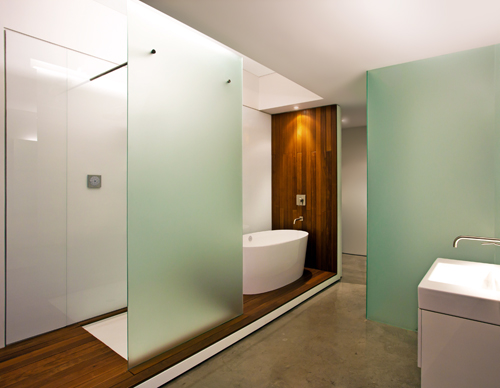 This corner loft in a Las Vegas high-rise was purchased by a bachelor with the intent to display a large collection of paintings, varying from the 1950s- present.  In contrast to the empty feeling of the existing space, we were captivated by the client’s unique collection of artwork and the stunning views from this high floor unit.

The decision was made to completely build out the viewing perimeter in order to transform it into one continuous, floating picture plane.  As it wraps the existing interior, a series of ocular zones are created at each of the window openings, adding discreet spaces within this new wall.  To re-capturing some of the lost square footage due to the new built-out wall we incorporated household functions within its depth at various strategic locations.  This loft is further transformed with a raised wood platform, running continuously around the entire Northwest perimeter; it subtly defines a new zone within this seemingly open plan.

To underline the openness of this apartment, the majority of the existing partitions were removed.  The entry sequence is reconfigured and is clad with black metal door panels enclosing two service areas.  These large panels can be positioned in such a way as to provide a common hand washing area or a private second bath.

Formerly segregated, the main sleeping and bathroom areas are no longer visually disconnected.  With the elimination of the existing partition wall and the removal of the dropped ceiling over the bathing area, more natural light fills the space.  As one steps into the shower, the mountains at the North are in clear view and at no point are you disconnected from seeing the outside world.  Separating the sleeping area is the new screen wall.  Constructed from hanging ropes and varying wood end pieces, it appears dynamic and light.  Its intent is to provide a sense of enclosure amidst an open plan while echoing the undulation of the desert landscape beyond.