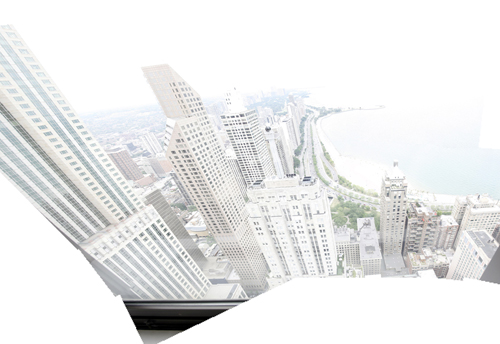 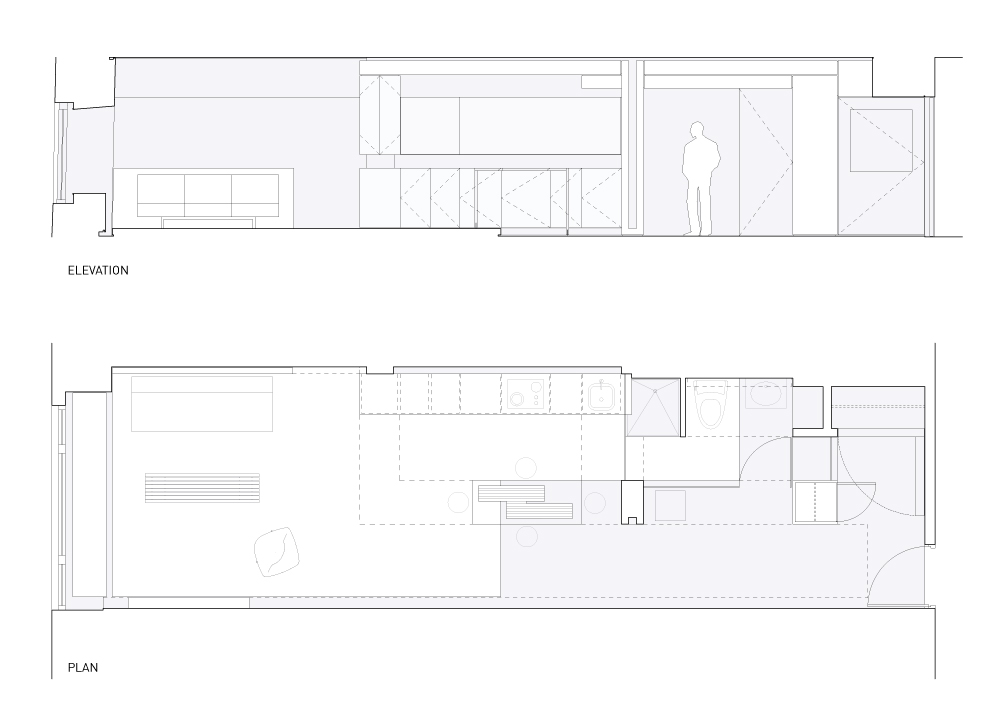 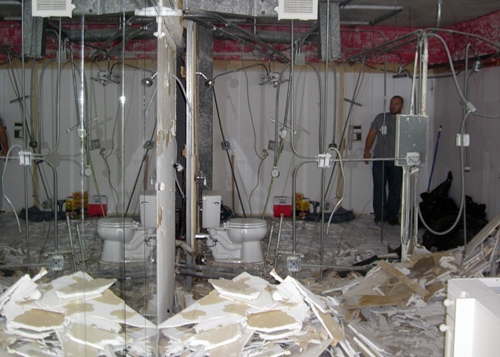 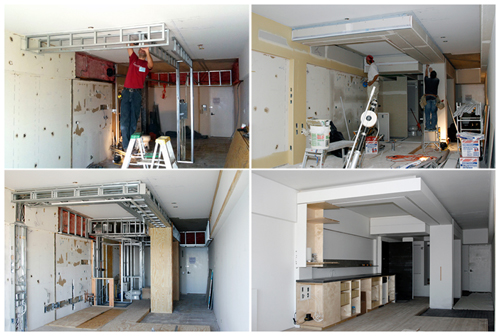 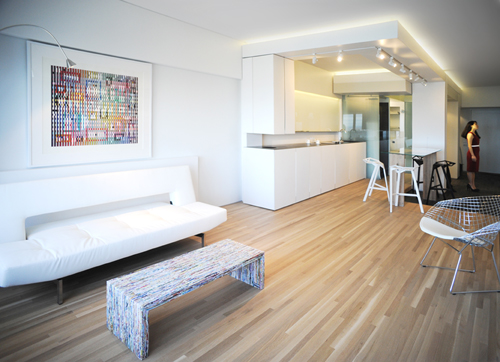 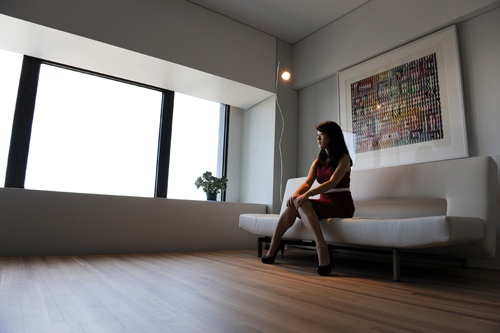 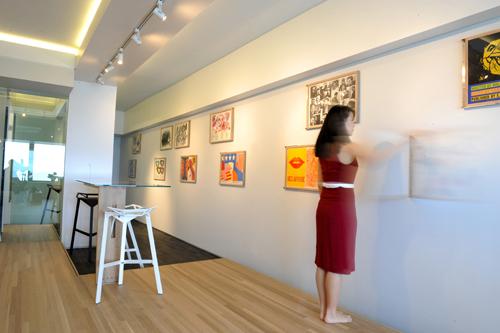 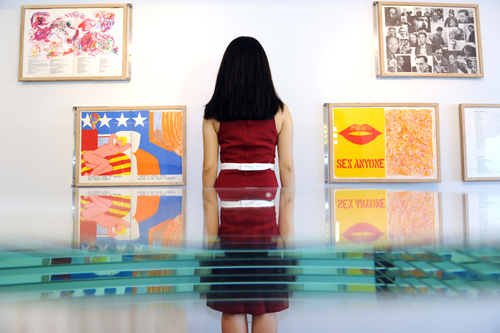 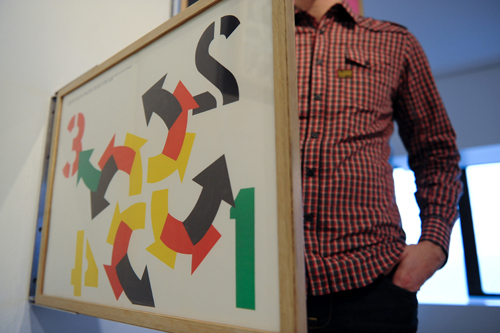 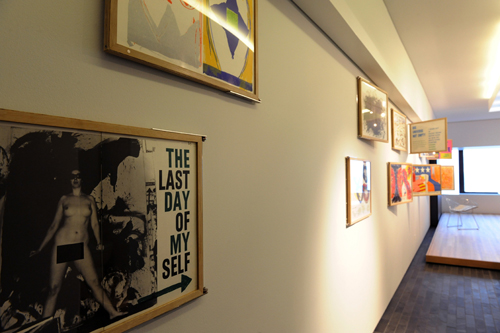 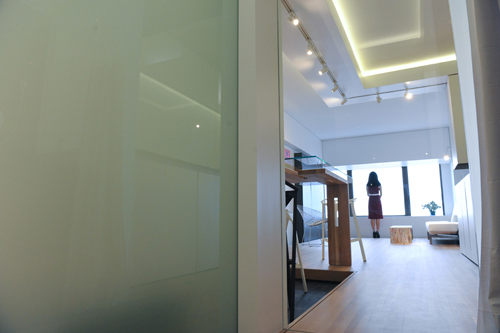 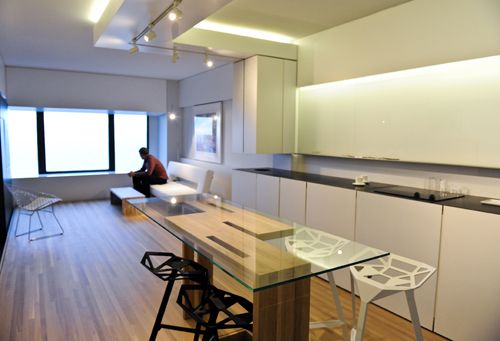 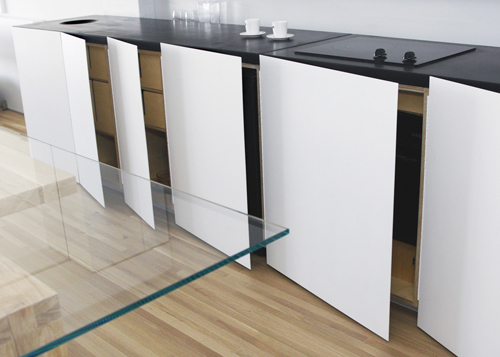 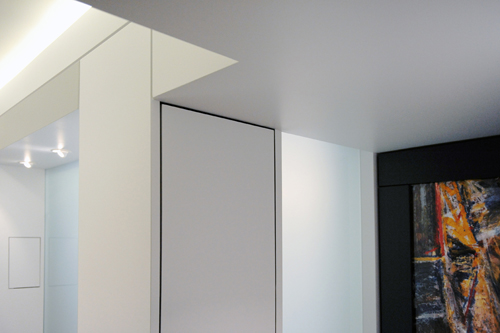 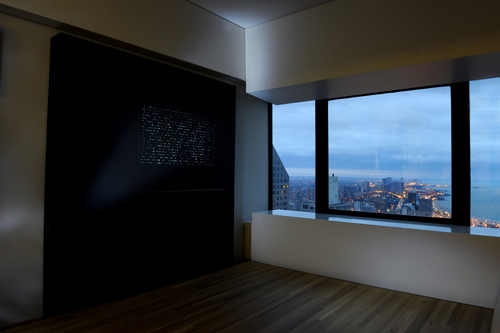 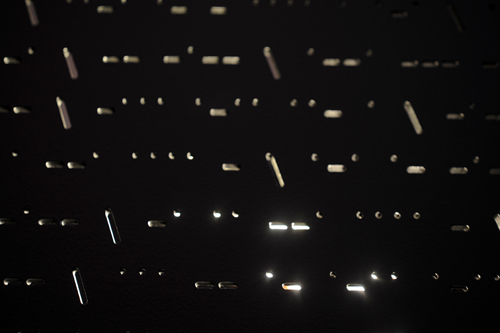 This small studio unit was designed as an austere pallet of overlapping spaces and expressions. Subservient to the Client’s unique portfolio of Pop Art lithographs, the functional elements of open apartment living are hidden from view, allowing one to feel as though they’ve stepped into a gallery space wired for living rather an apartment space equipped to display art.

The unit’s only aperture opens to the north, framing Chicago’s iconic Lake Shore Drive; a view which seams together the dynamic composition of the undulating high-rise buildings with the fluidity of Lake Michigan.  The image of these two worlds drove the organization of the unit’s interior.  The sculptural interweaving of form and space speaks of the incidental voids amidst the City’s oscillating texture below.

Alternatively, the Client’s art collection is choreographed along the space’s west wall, becoming a spectacle of tranquility, a moment of pause similar to the calm found in looking onto the lake.  The rare 2-sided lithographs are wall-mounted on hinged frames, offering the Client and his guests the ability to take all fragments in at once.  Each time the work is engaged, the configuration changes.  Over time, the wall shifts, adjusts and moves, becoming a real-time expression of the interplay between the viewer and his/her surroundings.