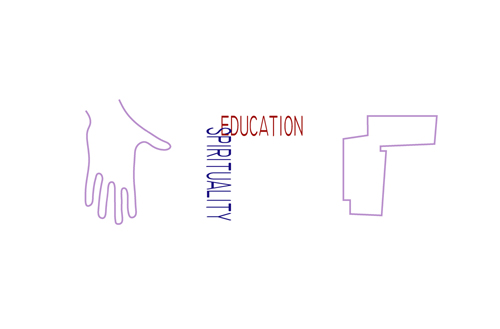 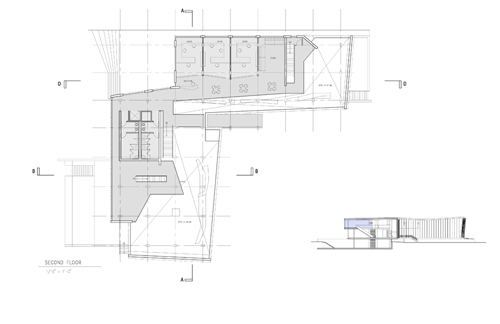 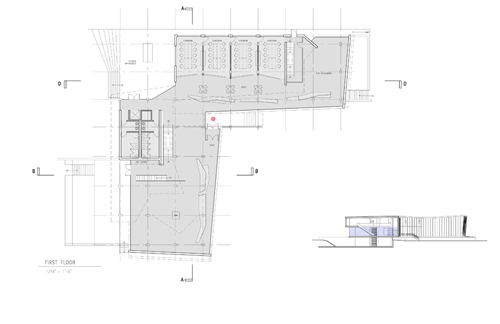 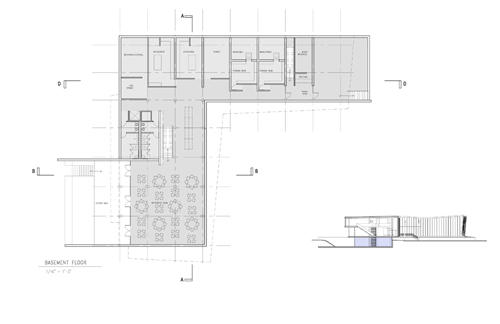 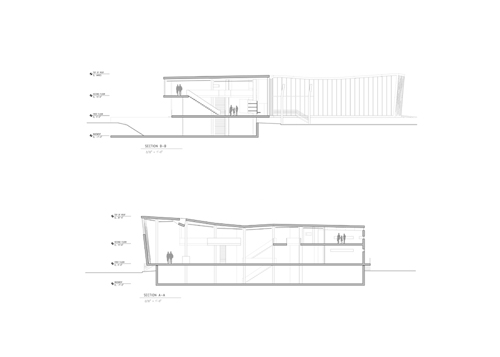 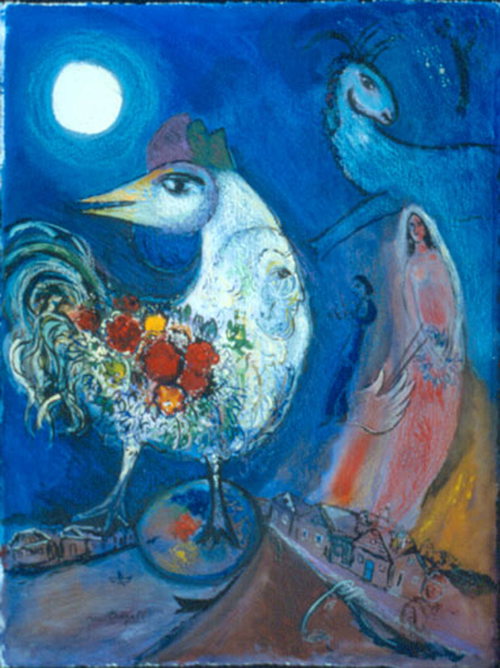 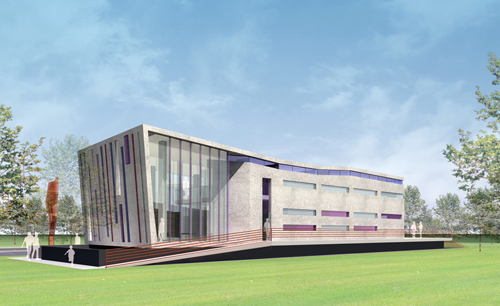 View Inside the Sanctuary 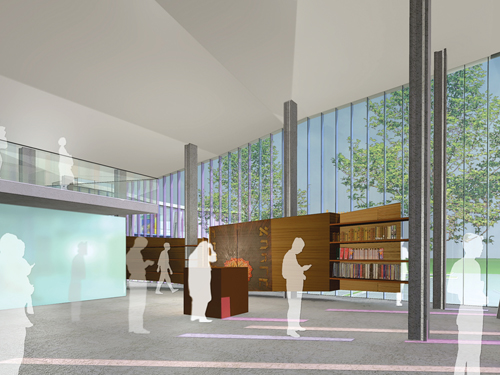 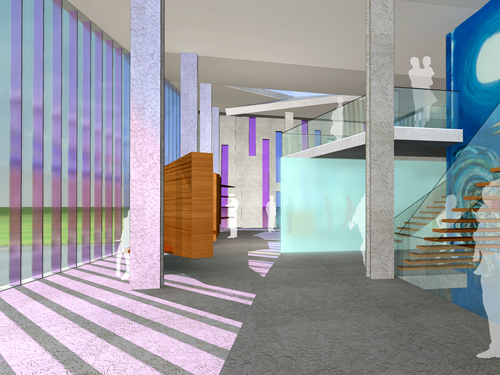 A new two story Jewish cultural center is placed on the periphery of a residential neighborhood hovering slightly above the ground.  Two wings, one housing a synagogue and other classrooms, embrace the visitor as one approaches the building.  The visual transparency of the facades creates a departure from the paradigm of introverted religious institutions.  In doing so, the traditional ceremonies are no longer hidden from people of other faiths.  Its vertical glass fin structure oscillates between transparent and opaque relative to the viewing angle of the user.

A concrete shell unifies the two wings, its form echoing the folds of the Talis garment used by a married man during prayer.  The sunken base of the building opens up to the west and houses a large dining area with an adjacent bath house wing.  The base of the building is meant to function independently of the main body above yet activities overlap regularly.  The building embodies openness and embrace, welcoming people of all ages to gather, pray, learn and rest.