Study Model: View Towards the Enclosure 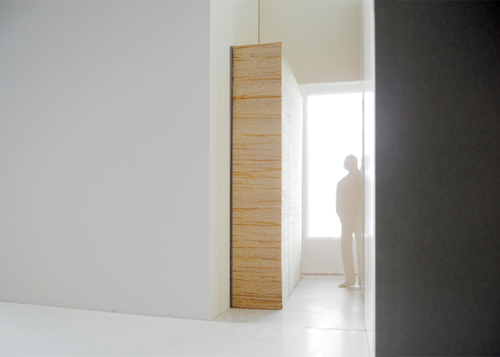 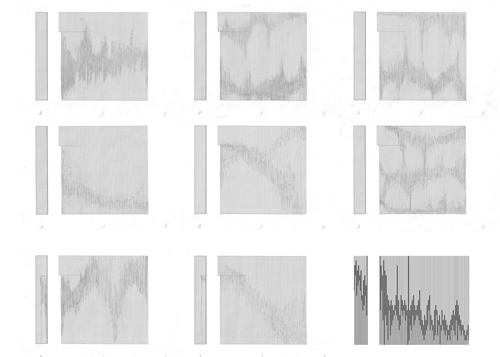 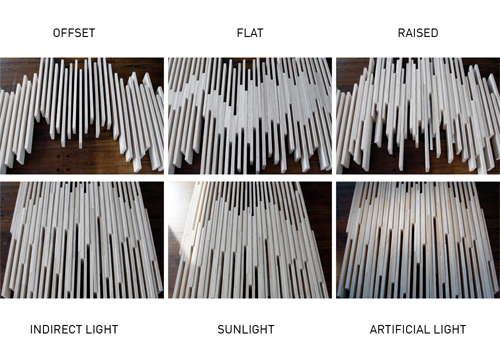 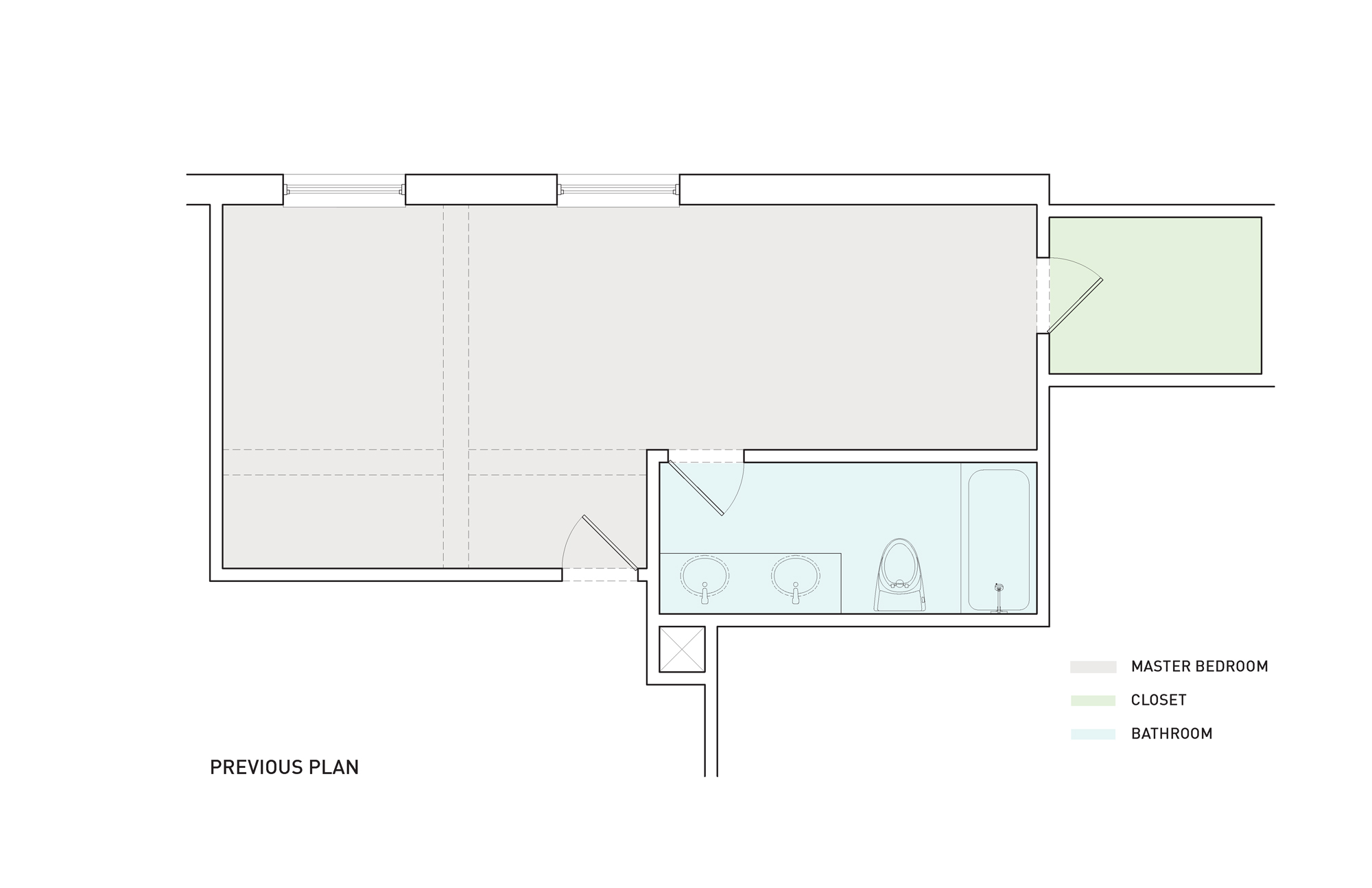 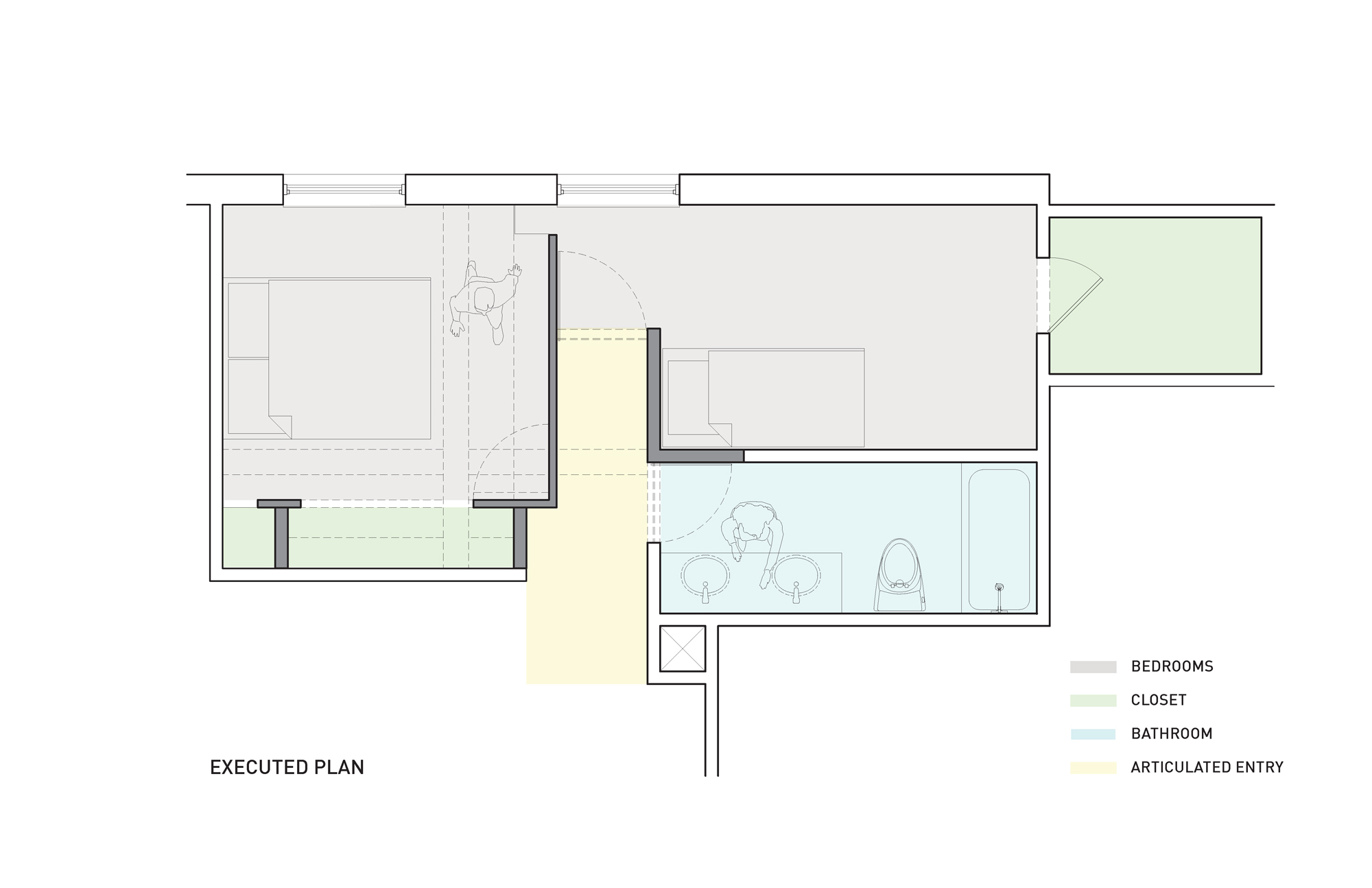 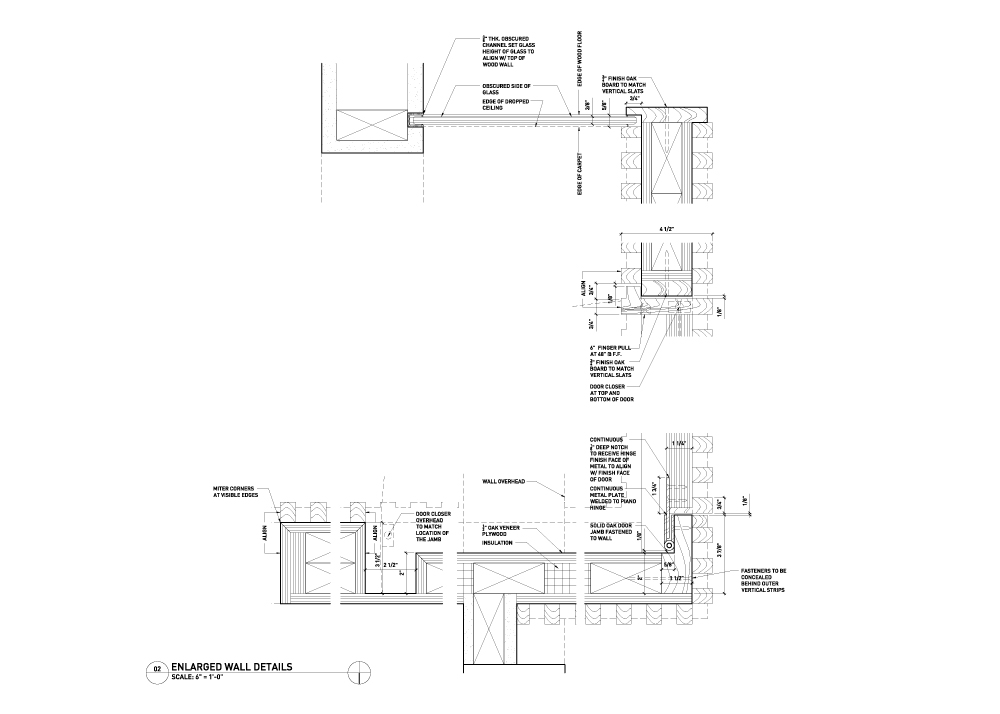 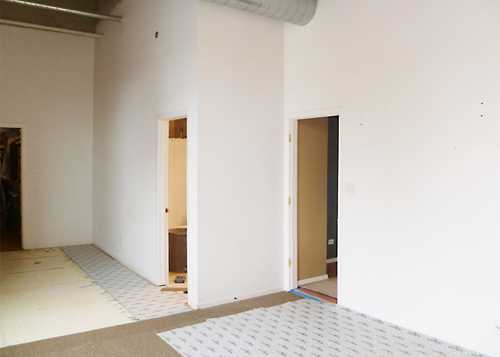 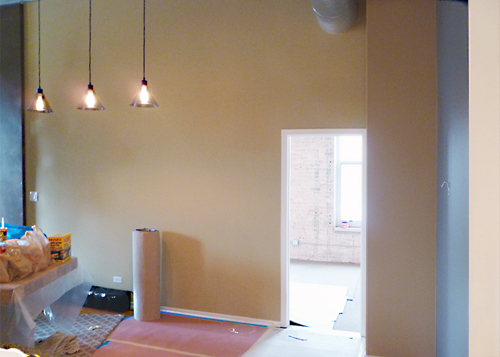 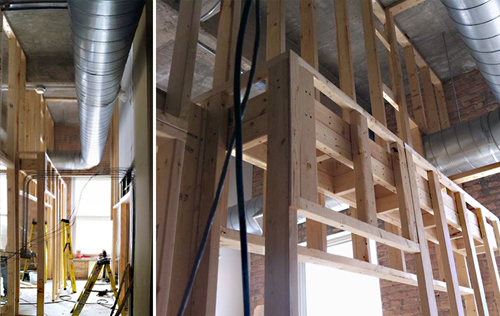 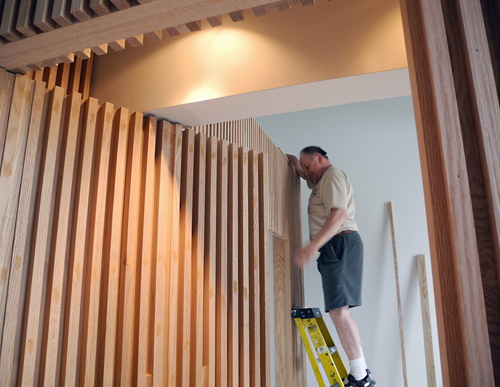 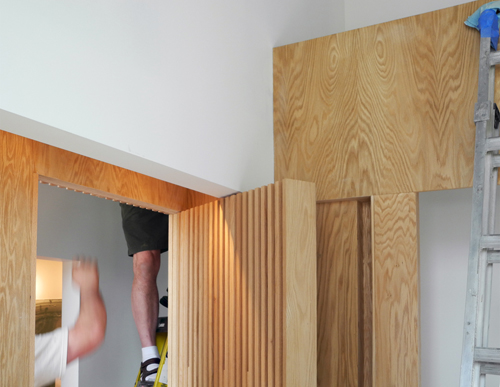 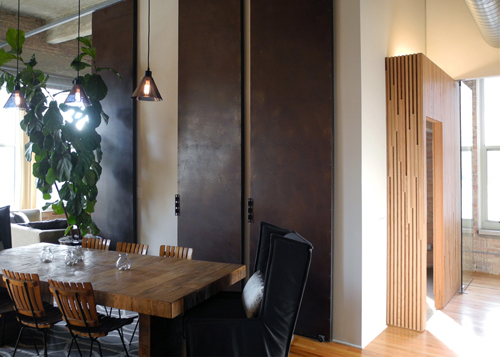 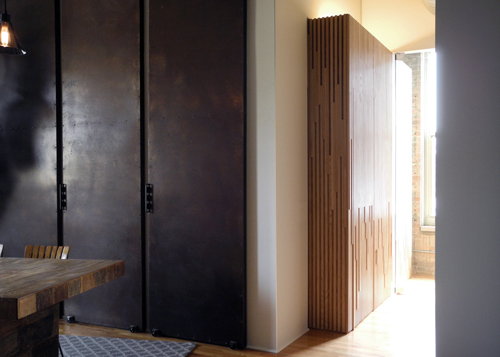 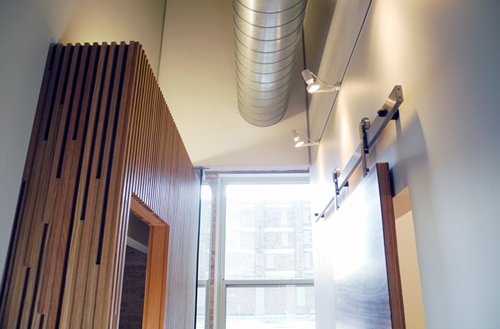 Bedroom Wall from Inside the Room 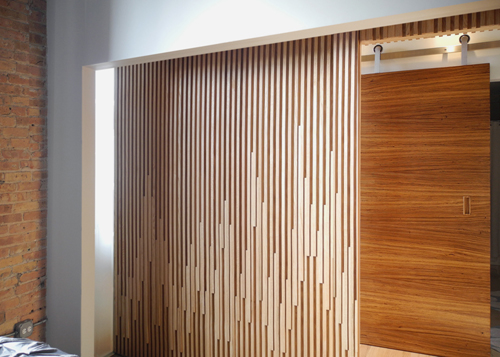 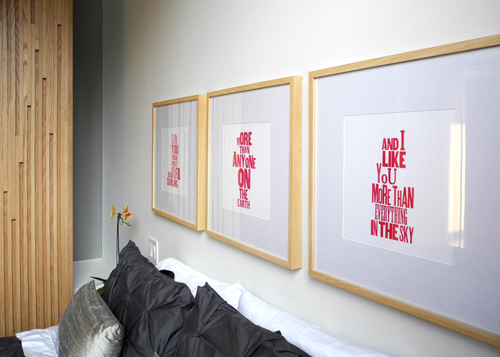 View of Wall Inside the Second Bedroom 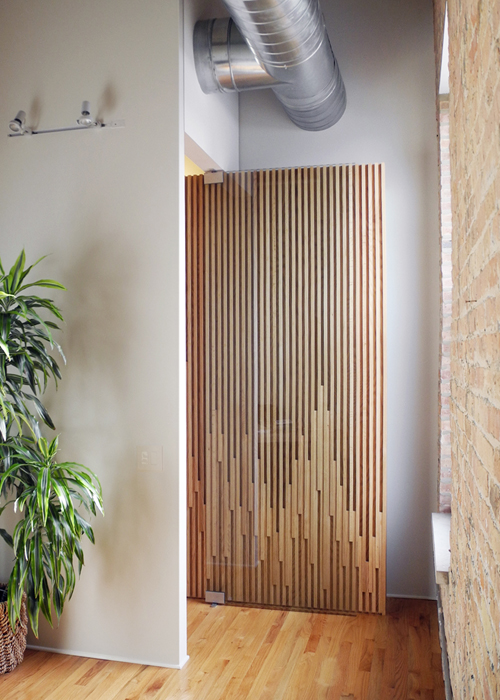 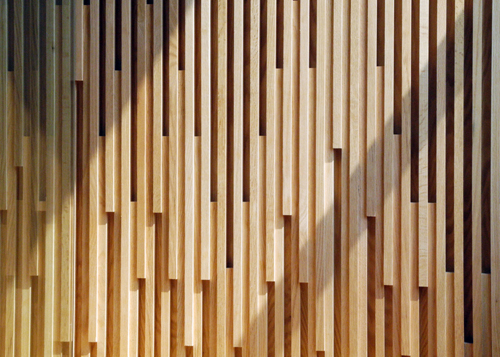 This project mandated the division of an awkwardly-configured bedroom into two distinct sleeping quarters. Due to open character of the loft space and the existing tall ceilings, we approached the solution with the understanding that the new configuration would ultimately result in relatively small yet vertical zones. Thus, we chose to bring down one’s visual perception of the existing space and created a “binding” separation, while dedicating one window within each of the new rooms.

The new enclosure for the main sleeping zone is meant to read as an inserted-mass. After entering the space through a concealed door, one realizes that the mass is just a simple composition of two delicate, L-shaped walls. One of which is clad with alternating vertical
oak strips providing visual depth within. Both natural and artificial light brings out the resulting pattern and the intended articulation of the clad wall.

Ultimately, the small intervention has transcended the simplicity of its function (to separate) to become the main binding-element of the loft space, stitching together surrounding spaces and blurring the boundaries in between.