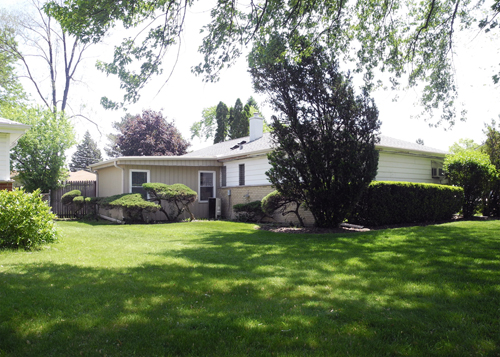 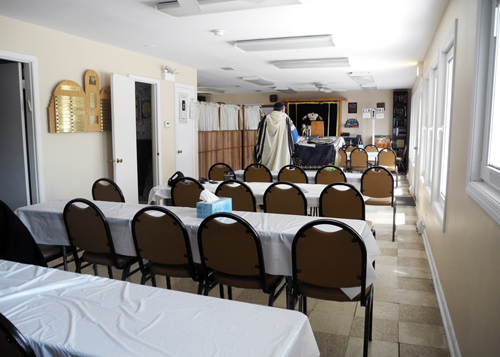 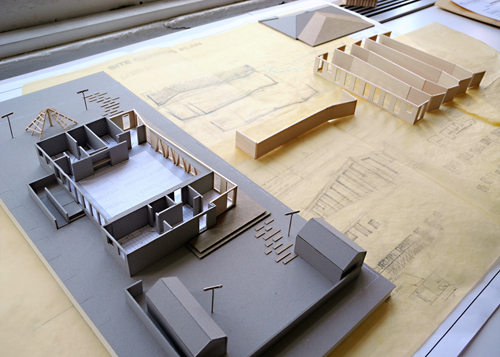 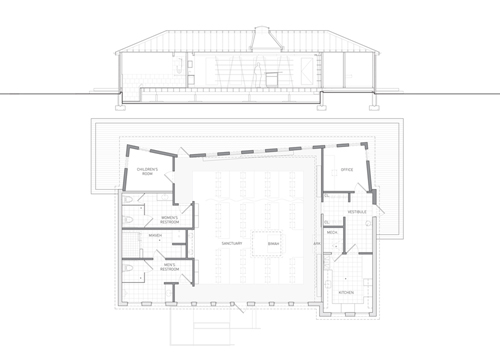 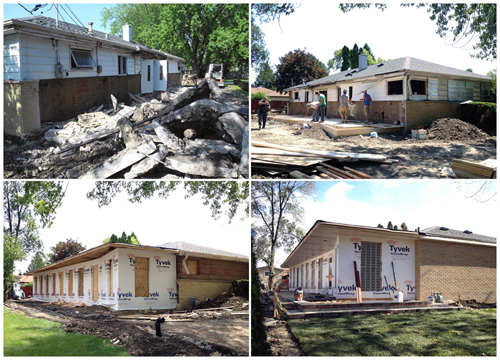 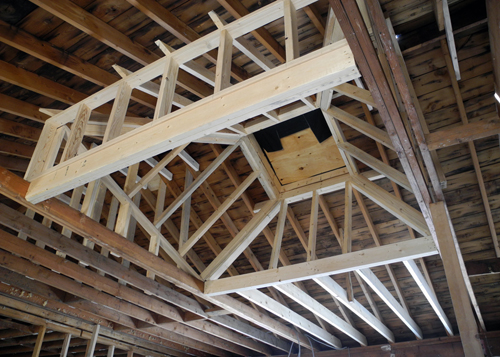 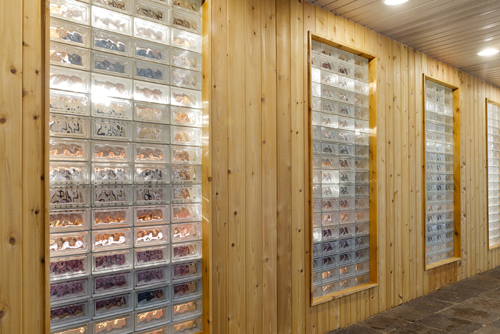 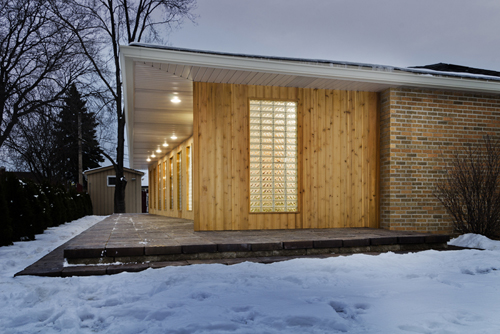 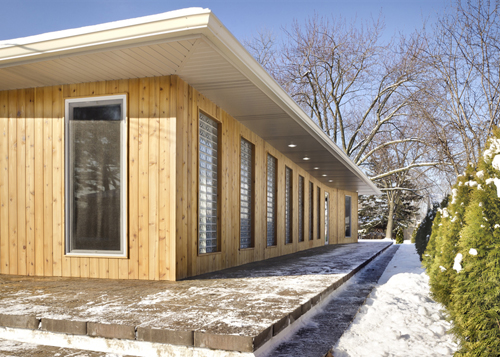 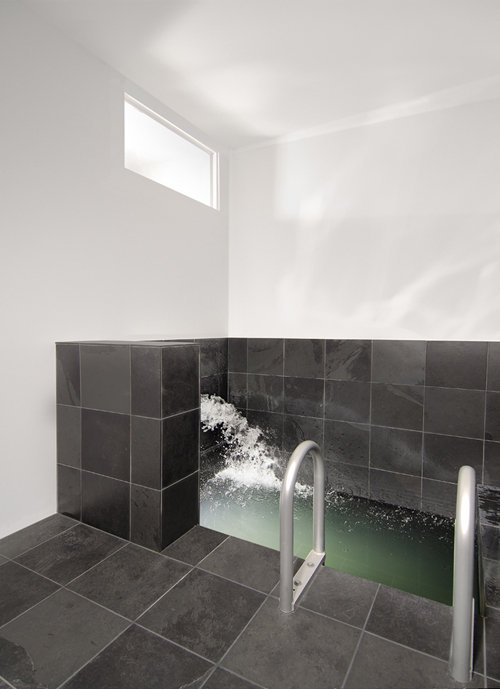 View of the Bookshelves © Chris Bradley 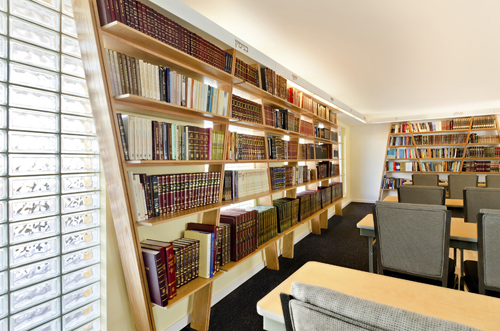 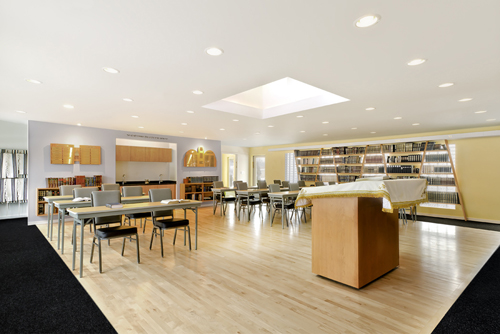 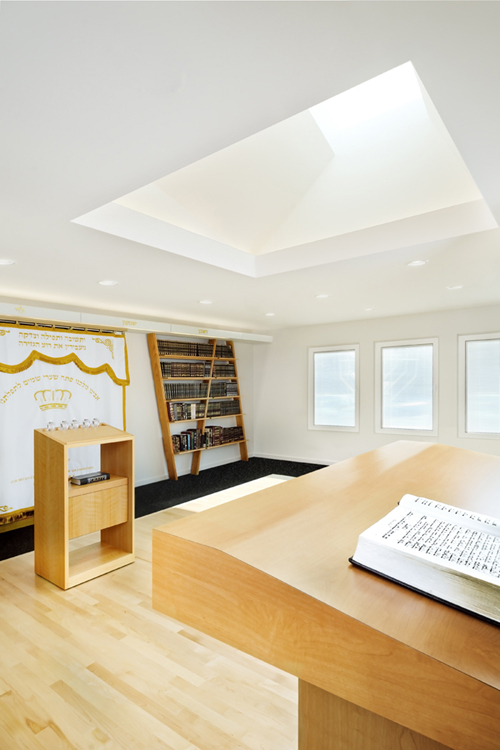 This renovation and addition to the Chabad FREE of Niles was driven by the need to improve and update a religious facility which had been operating in this 1950’s single story house for over 25 years. Through various previous renovations the building preserved its residential character; however, with the new updates and enlarged footprint this former residence now meets all the necessary requirements to function as an institutional facility.

The organization of this newly renovated building was thought of in three parts, two service zones that flank the sanctuary space at the east and west sides. This resulted in a square plan for the main gathering space, providing greater flexibility for various functions and events. A new large skylight was inserted into the space to add much needed ceiling height for the ritual raising of the Torah (Hebrew Bible Scroll) during prayers. Book shelves wrap the space and are arranged in a diagonal pattern, subtly echoing the lines in the Star of David.  Their placement is meant to be a reminder to the occupants that this religious center is not only a place for prayer but a sanctuary for learning as well.

Because the rear of the building is in close proximity to its neighbors, we wanted to reduce the scale and appearance of this newly added structure. It therefore sits in subtle contrast to the existing building configuration in geometry and material and is meant to read as an insertion rather than an addition. What appears as a kink in the rear façade, is a response to a strict build able area requirements. This architectural gesture forms a new entry and re-appropriates square footage to the zones in the building which need it more.

The Chicago Athenaeum Museum of Architecture and Design.