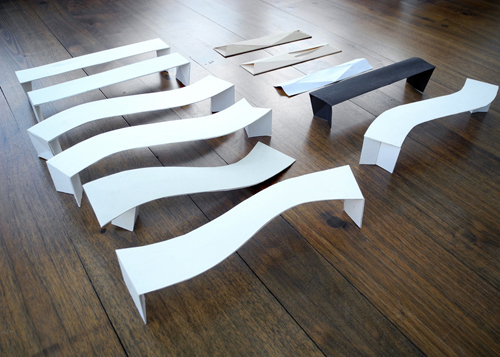 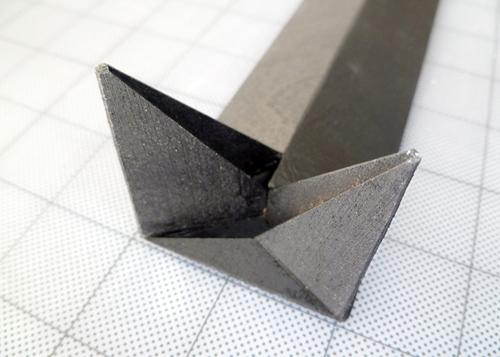 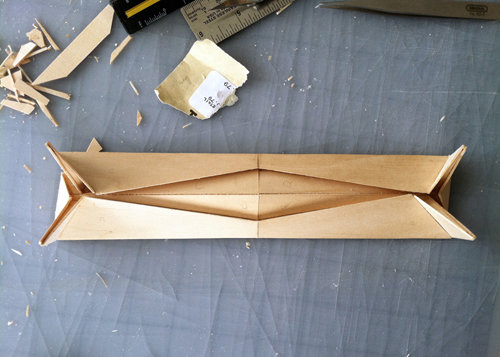 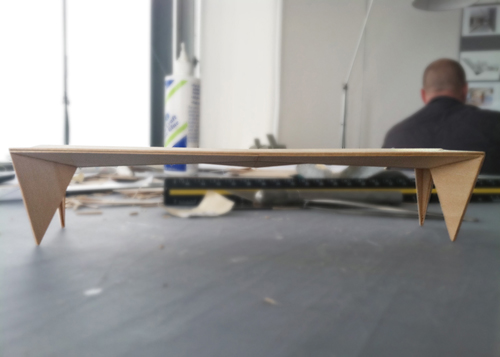 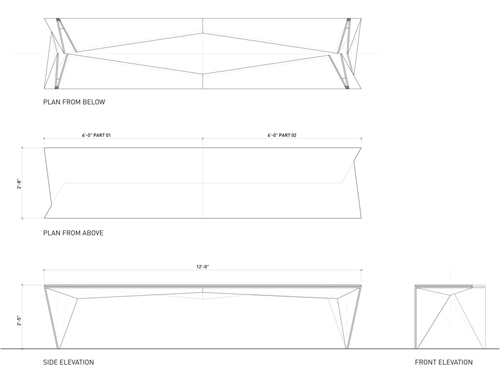 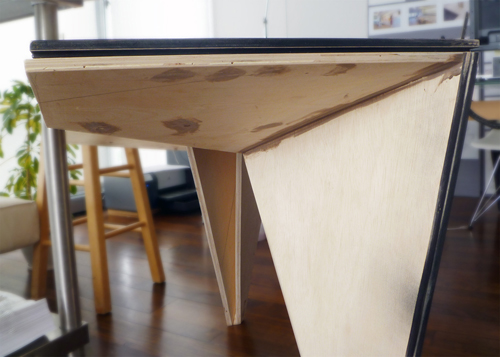 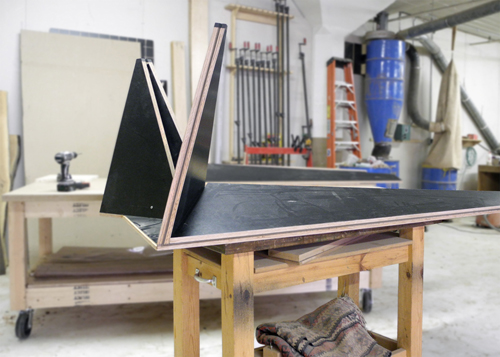 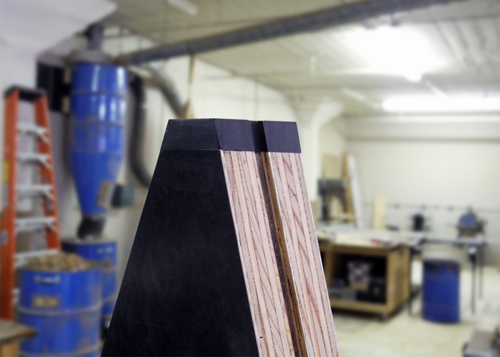 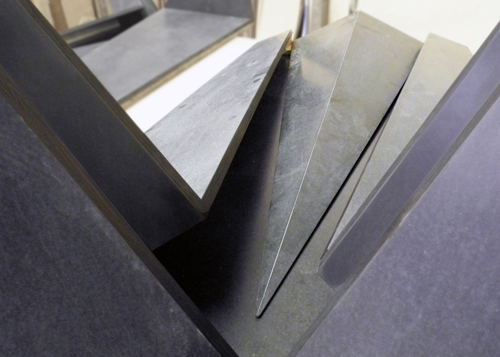 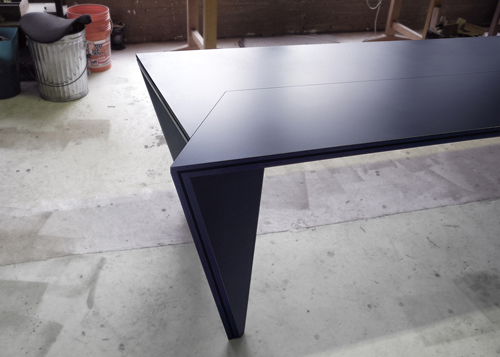 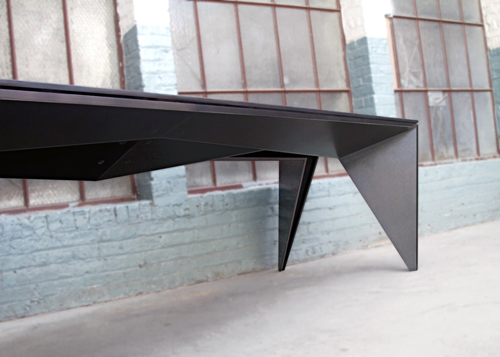 The design for this dining table emerged from a desire to create an elegant and functional eating surface, intended to reside within an open-plan loft apartment.  Because the table will be a center piece that will be seen and interacted with from all sides, achieving a sculptural appearance was of priority.  As such, our goal was to create a dynamic, clear-span structure that is also thin and elegant in appearance.  The use of triangulated origami-like surfaces made up of visually-separated materials provided the intent for which we were searching.  A continuous shadow reveal in–between the sandwiched planes creates a linear void that can be traced from the foot of the table to the thin groove along its top.  The primary table structure is integrated into the form and is inset from the outer edge. The middle diamond-shape element, which is primarily seen while one is sitting, acts as the binding structure between the two symmetrical halves.  This not only provides the stability for the table but also adds to its overall sexiness.