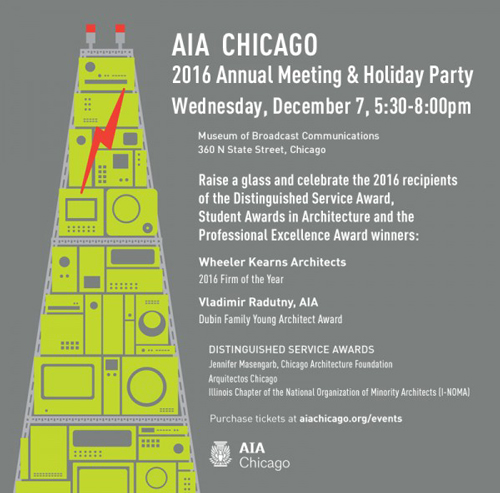 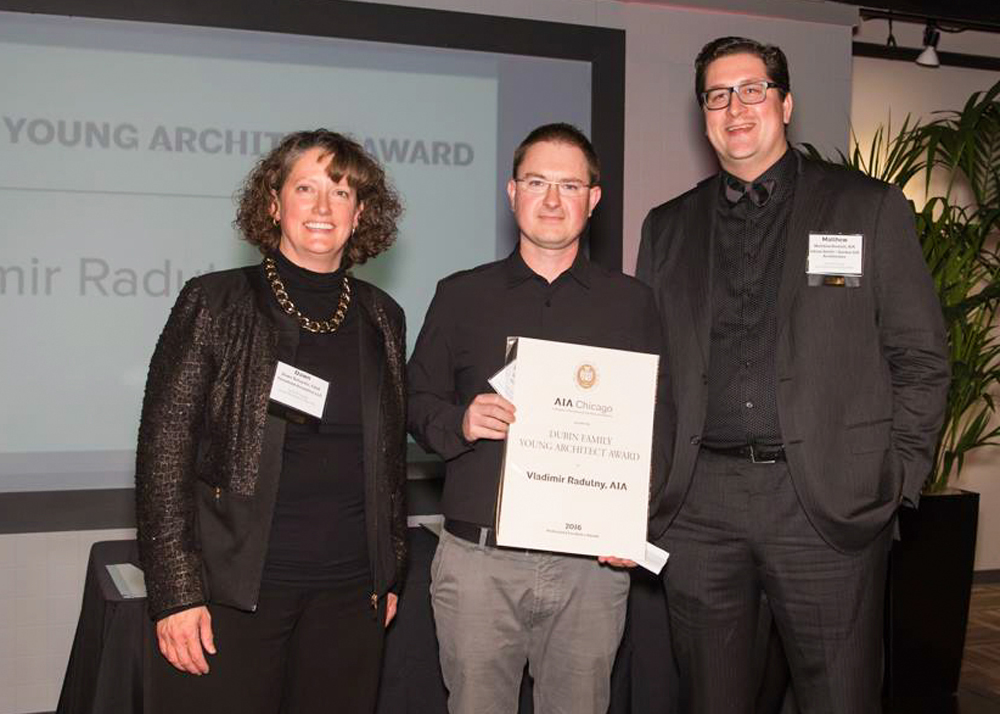 On Wednesday, December 7th, AIA Chicago announced the 2016 winners of its Professional Excellence and Distinguished Service Awards. Vladimir was awarded the Dubin Family Young Architect Award, an award established in 1983 to recognize excellence in ability and exceptional contributions by Chicago area architects between the ages of twenty-five and thirty-nine.
“Jurors were impressed with Radutny’s scope of work that has garnered multiple awards from AIA Chicago and beyond”.

Click here to see the other winners for the Firm of the Year Award and the Distinguished Service Award.